According to US General David H Petraeus, the top U.S. commander in Iraq who has been nominated to head American forces in the Middle East, the security situation in Iraq has improved significantly since September 2007, even though the progress that has been made since spring is "fragile and reversible". In other words, the surge is showing effect. French Minister of Foreign Affairs Bernard Kouchner during his visit to Baghdad on 1 June expressed the feeling "that things are better as statistics show a drop in security incidents". Is this assessment shared by the EU institutions? How should the EU's involvement in Iraq develop and what can we expect from the French presidency? Finally, what will change under the new US administration (McCain or Obama) and (how) are the US presidential election already influencing the US policy in Iraq?

***
25 People had been invited to this lecture, among whom:

Mr. Nickolay MLADENOV, Member of the European Parliament, Vice-Chairman of Inter-Parliamentary delegation for Relations with Iraq

Dr. Hassan Aydinli, ITF Europe Representative, took part in the discussions and made a general assessment of the situation in Iraq since the invasion of the country in March 2003, he condemned the aggression on the Iraqi people by the Anglo-American forces which has caused the deaths of over one million two hundred thousand Iraqis, has made more than one million widows and four million orphans, has caused the displacement of over 4.5 million Iraqis inside and outside Iraq, and has destroyed the entire infrastructure of the country as well as the social fabric of the Iraqi society.

Dr. Aydinli contested the propaganda of the American and British occupiers who claim that by changing the regime in 2003 they brought democracy in Iraq; he added that democracy cannot be imported and that the Occupation is illegal and a violation of Iraq’s sovereignty.

Concerning the Constitution Dr. Aydinli said that it is totally unfair as it classifies the Iraqi people in two categories: the Arabs and Kurds as first class citizens and the rest of the Iraqi population, namely, Turkmens, Keldo-Assyrians and others, as ‘minorities’ and hence as second class citizens. Furthermore he deplored the inclusion of some unusual terms such as ‘contested territories’ in the ‘new’ Iraqi Constitution, as within the boundaries of a sovereign country there are no such things as ‘contested territories’.

He also deplored the inclusion of some disputed articles in the Constitution, such as article 140 which was supposed to deal with the so-called ‘contested territories including Kerkuk’ through a three phase process: normalization, census and a referendum which was supposed to be held before 31st December 2007.

He said that the terms ‘contested territories’ and article 140, which was supposed to deal with these ‘contested territories’, have been written and included in the Iraqi Constitution under pressure from the Kurdish parties who took advantage of the chaos caused by the invasion and occupation of Iraq to maximize their gains. The Kurds’ objective is to annex these so-called ‘contested territories’ which consist mainly of Turkmen districts, cities and towns, i.e. Turkmeneli, which is the region inhabited by Turkmens, as well as the plains of Ninewah which is the region inhabited by Keldo-Assyrians and some Arab districts in the north of Iraq to the Kurdish autonomous region.

Kurds pretend that the entire north of Iraq is ‘Kurdistan’ therefore, they want to annex the territories of Turkmens, Arabs and Keldo-Assyrians to their Kurdish autonomous region, including the cities of Kerkuk and Mosul which have never been Kurdish, and this after having been given the Turkmen city of Erbil (a historical Turkmen city since 1.200 years) by the Ba’ath regime in 1970, against the will of the Turkmen inhabitants of the city.

The Kurds’ ambition and illegitimate demands to incorporate the ‘contested territories’ to their autonomous region have turned the entire north of Iraq and especially the oil rich city of Kerkuk into a powder keg.

Moreover, Dr. Aydinli pointed out that the new Iraqi Constitution as it is written is undemocratic seeing that it gives the Kurdish minority the right to veto any modification of the Constitution even if the modification is demanded by the majority of the Iraqis !

The Turkmens with their 3 million people, representing 12% of the Iraqi population, are the third main ethnic group composing the Iraqi people, they represent 30% of the population in the north of Iraq where they constitute the second most important ethnic group after the Kurds, however, despite these facts, the Turkmens are unjustly referred to as a “minority” in the Iraqi Constitution. Furthermore, Turkmens are also unjustly considered as a “minority” in the “draft Constitution” of the Kurdish region.

Dr. Aydinli also complained about the process of normalization and about the Iraqi Property Claims Commission (IPCC) which to-date has not done anything to compensate the Turkmens for the loss of their properties and lands under the former regime, he said that from the 35.000 claims which have been handed to the Commission in Kerkuk four years ago, the Commission has dealt with less than 5.000 claims, all belonging to Kurds, while the remaining 30.000+ claims, ALL belonging to Turkmens, are still ‘pending’.

Dr. Aydinli urged the Europeans to get more involved in Iraq; he said that all countries which had not participated in the aggression would be welcomed by the Iraqi people.

He asked the EU representatives to put pressure on the Iraqi government and especially on the Kurdish parties asking them to stop their policy of marginalization and discrimination against the Turkmens, and asking them to proceed with the revision of the Iraqi Constitution without delay in order to eliminate discriminatory articles and terms, so that it can be accepted by ALL Iraqis, including the Turkmens and Keldo-Assyrians.

Dr. Aydinli further stated that the majority of the Iraqi people want the withdrawal of all foreign occupation troops as their presence is the source of all the problems in Iraq.

He insisted on the necessity to send EU observers for the coming elections in Iraq, especially in the north of the country, to prevent the frauds and cheatings in favour of the Kurds which characterised the last two general elections.

He asked the EU representatives to put pressure on the Iraqi government to improve the human rights in Iraq, saying it is urgent to improve the living conditions of Iraqis who have suffered too much and too long from lack of security, lack of basic services such as potable water, electricity, lack of jobs, healthcare and education.

Finally, Dr. Aydinli insisted that special attention should be given to Iraq’s Turkmens and Keldo-Assyrians who are very vulnerable and are suffering under Kurdish hegemony in the north of Iraq. 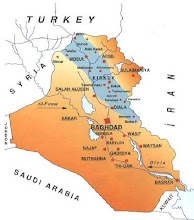